It only happens twice a year.

What are les soldes? Only the biannual mega-sales here in la France. It’s a season, an event, a frenzy, and a happening. The best part is that all of the stores take part in it, so now is the time to come do your shopping in Paris. Think Black Friday, except that these sales last six weeks in the winter and six weeks in the summer. This winter season, the soldes run from January 9 to February 12, 2013.

Below is a little sampling of the ads you can see all around the city.  Galeries Lafayette, Printemps, Le Bon Marché: all of the grand magasins (big French department stores) have their own dramatic ads to tell the world that the soldes have indeed begun, which I personally adore.  Demure, rock-and-roll, and diva-licious: they’re covering all the bases to get you to the stores.

Time to get shopping! 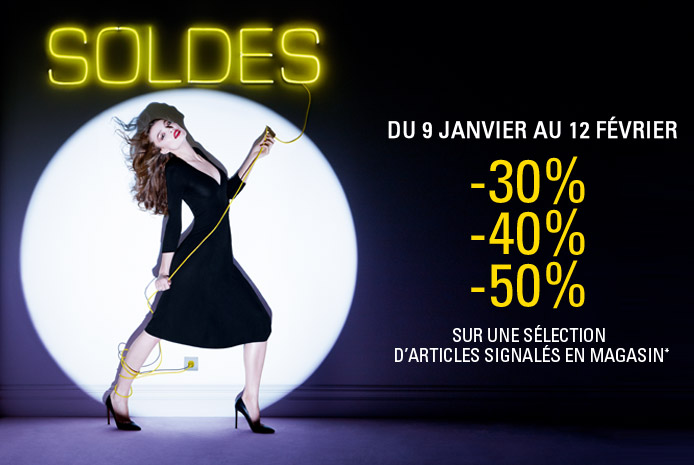