Femininity and the Fifties

This year’s Ready to Wear Louis Vuitton Fall Winter 2013-2014 collection was unexpected.  While I adored this past fall’s pieces, what I saw on the models this Fashion Week was not what I was envisaging but still interesting to analyze. All of the models were sporting the same short black wig, only accentuating the sultry look of the collection’s pieces. Lingerie dresses were paired with tweed and boy-cut coats, creating the most chic walk of shame ensembles I have ever seen. As the models filed down the runway, there was a juxtaposition between a traditional notion of femininity and a non-conventional, borderline androgynous sense of it.

Below I included my favorite pieces for next season. The looks I posted pertain to the über feminine side of Marc Jacobs’ creations, which include soft, flattering tops and pencil skirts, as well as a fun halter number that shows a lighter side of the French fashion line.

What I loved about the show was the concept! The “grand hotel” theme was brilliant, with models coming out of different doors to march down the runway.  American designer Jacobs added a cheeky final hurrah to the show; he came out of the “hotel room” door wearing his menswear line pajamas, as if he was a hotel guest with the models. 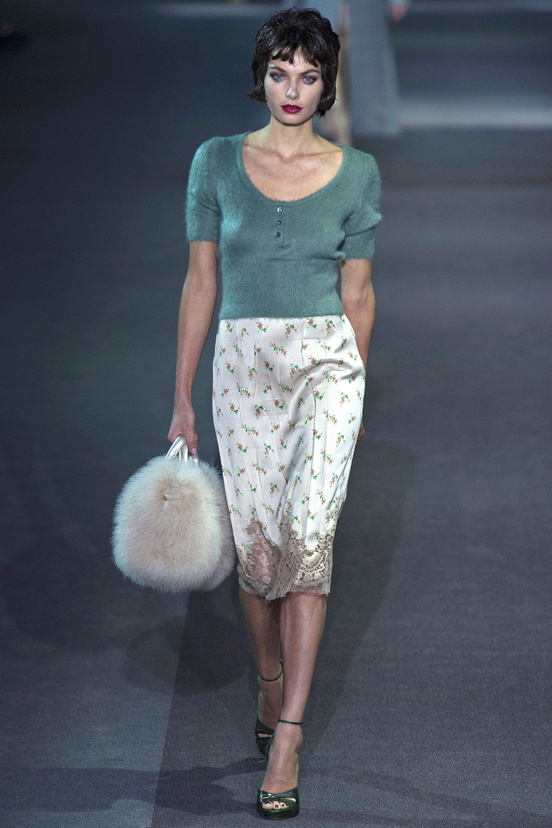 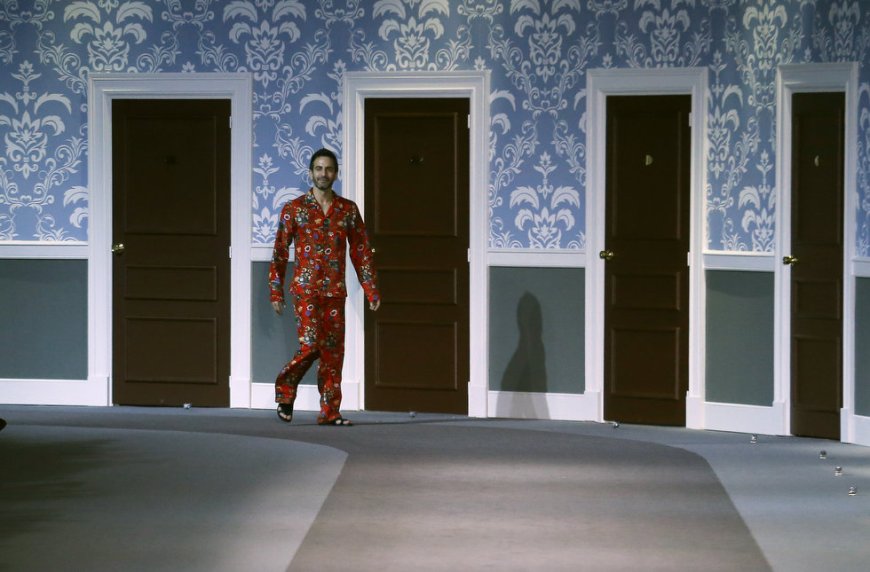 Photos courtesy of Vogue.fr and Oregonlive.com